L.A. (CA), Munich (DE), Buers (AT). On 22 July 2018, students from TU Munich won the "SpaceX Hyperloop Pod Competition 2018" in California with their WARR Hyperloop transport system. The competition is all about promoting the development of the Hyperloop high-speed transport system. Their high-speed capsule was around 50 percent faster than last year and achieved a top speed of 467 km/h. Getzner Werkstoffe provided the elasticity in the track for their prototype in Munich.

For the third time, the capsule by the WARR Hyperloop team from Munich was easily the fastest at the "SpaceX Hyperloop Pod Competition" in California. On 22 July, the students from TU Munich competed against 17 international student teams in Los Angeles, which made their victory that much sweeter: "We are delighted that the capsule by the WARR Hyperloop Team won the SpaceX Hyperloop Pod Competition 2018. 467 km/h is a remarkable result," says Stefan Potocan, head of the railway division at Getzner. He should know because his job involves working with vibration reduction in high-speed railway lines. The TU Munich team surpassed itself in this competition: the high-speed WARR Hyperloop capsule was 50 percent faster than last year.
As already reported, the students from TU Munich first presented their WARR Hyperloop prototype for the competition in California back on 14 June 2018. It is the result of an initiative by the Scientific Workgroup for Rocketry and Space Flight (WARR). Getzner, as leading experts in vibration protection, supported the students in this ambitious project by providing elastic bearings for the track. "This is a pioneering project, which is why we wanted to make an early contribution to this ecologically beneficial transport technology of the future," summarises Stefan Potocan.

Defined elasticity for the track
A Hyperloop is the concept of a high-speed transport system that involves pods being transported through a pipe in a vacuum, similar to a pneumatic tube. Getzner played its part in the success of the prototype presented back in June by providing a vibration protection solution for the track. Sylomer® elastic bearings were used between a concrete slab and the central rail. This high-tech polyurethane material from Getzner introduces a defined elasticity to the track and guarantees uniform deflection at high speeds. The material also serves as a compensation layer to balance out the unevenness of the concrete slab.

The original idea for the Hyperloop was first publicised by Elon Musk, founder of electric car manufacturer Tesla and the private space exploration company SpaceX. Compared to conventional modes of transport, the Hyperloop is not only more ecologically beneficial, but also safer, faster and cheaper. 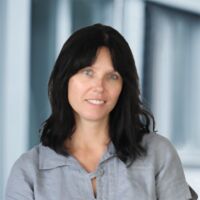 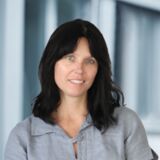