Buers/New York. The Rushmore Building — a 41-storey skyscraper with two towers built above a railway tunnel — was recently completed in New York’s Riverside area. Austrian vibration insulation expert Getzner Werkstoffe was responsible for an innovative construction feature: to optimise insulation against vibrations, two floors in the 130-metre high building are completely decoupled, like drawers in a cupboard.

The Rushmore Building in the Riverside area of Manhattan is part of the largest construction project seen in New York in the last 50 years. Until recently the railway line running through the district had made development work impossible. The main challenge for Getzner Werkstoffe was to come up with elastic mounting for the two-towered, 130-meter high luxury apartment complex to be built directly above an Amtrak railway tunnel. The tunnel consists of two railway lines carrying 25-tonne axle loads and a new subway line is also planned. General contractor David Ridoutt, a project manager with Bovis Lend Lease, is full of praise for the collaboration with Getzner and its US partners. “I would not hesitate to recommend Getzner, Soundown and Sylomer® products for projects which require vibration insulation,” he says.

Vibration insulation specialist Getzner joined forces with a group of experts to develop an innovative solution for the new complex — elastic mounting for individual floors of the 41-storey building. To reduce vibrations, two floors are completely decoupled, like removable cupboard drawers. As Andreas Stofleth, a project manager at Getzner Werkstoffe in Bürs, explains, “The ground floor and mezzanine level are mounted on 9 cm thick polyurethane Sylomer® blocks. Neither of the two floors have a fixed connection with the building shell. Sylomer® mats were also used on the sides of the load-bearing columns to provide wind protection.” Getzner worked with architects and structural engineers to prepare detailed plans specifying the loads distributed to each of 350 bearing points. The ground floor features support beams, and on the first floor the insulation is recessed in the ceiling. The new construction method ensures the required room height while reducing the clearance between floors.

Soundown Corporation is Getzner’s specialist partner in the USA and was responsible for the smooth coordination of the project. Getzner was involved in construction from July 2007 to spring 2008. “Our project team was very impressed by the cooperation between Getzner and Soundown in the planning and coordination phase. Both firms were extremely flexible and enthusiastic in getting all participants involved in the project and coordinating the work. This enabled us to successfully integrate the insulation system into the exterior building structure. On-site installation went off without a hitch. There were no delays and the work was completed in a relatively quickly,” says David Ridoutt.

Besides developing and manufacturing materials for vibration reduction and insulation, Getzner Werkstoffe is also an experienced consultant for vibration insulation issues in construction engineering. Getzner’s experts are closely involved in system development and project implementation right from the outset. “The collaboration begins with specification of the construction engineering parameters and often leads into the joint development of innovative solutions,” explains Roland Pfefferkorn, Managing Director of Getzner Werkstoffe. Thanks to its technical expertise in vibration insulation, Getzner is perfectly placed to develop smart systems featuring elastic materials, which in turn ensure cost effectiveness, noise protection and user comfort. 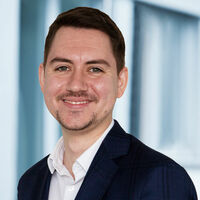