Buers/Bludenz. The Getzner Textil, Getzner Werkstoffe and holding company Getzner Mutter & Cie. are three companies operating in very different fields, yet united by their common roots. Turnover for Getzner Textil increased to 306 million euros (up 8.5%). Meanwhile turnover for Getzner Werkstoffe rose to more than 95 million euros (up 18.4%). On the bicentenary of Getzner’s foundation, the companies presented their annual results for 2017 at a press conference held in Buers on 23 March 2018 and gave a glimpse of the forthcoming anniversary celebrations.

The tale of two internationally successful companies, Getzner Werkstoffe and Getzner Textil, brought together under Getzner, Mutter und Cie., the holding company founded in 1818, could hardly be more colourful. In 1980, Getzner Textil AG separated from Getzner, Mutter & Cie. - Western Austria’s first red dyeing factory - to become an independent company, while Getzner Werkstoffe has its origins in the production of imitation leather. Today, Getzner Textil is an internationally leading supplier of clothing damasks, fashion fabrics and technical textiles. Whilst, Getzner Werkstoffe is the world's leading specialist when it comes to vibration isolation and protection. At the press conference on 23rd March 2018, representatives from all three organisations announced their results for the 2017 financial year and their joint plans for the Group’s bicentenary celebrations.

2017: a successful year for Getzner Textil
For Getzner Textil, 2017 was an extremely successful year: turnover for the textile group increased by 140% between 2013 and 2016; in 2017 it increased organically by a further 8.5% to 306 million euros. A number of great designers have been cooperating with the fabric manufacturer for many years in the field of “shirts and fashion fabrics”. The company has made a name for itself, particularly in African damasks which is used for traditional clothing in West Africa. A key milestone last year was the development of “Strategy 2021”. This strategy focuses on increasing the African damasks' turnover, consolidating shirts and fashion fabrics as well as establishing new and promising future business areas with technical textiles. Since 2011, several construction projects have also been the focus of a great deal of attention, such as those in the Bludenz area and subsidiary companies which will be completed in spring, as well as the expansion of the company’s own district heating system. In addition to existing consumers, the indoor pool Val Blu in Bludenz has also been connected to the system, resulting in a saving of 75% of the natural gas previously required for heating.

Upturn and generation change for Getzner Textil
“The company's progression to becoming a market leader in Africa damasks and the huge increase in sales and profits in recent years, is all thanks to the extraordinary commitment of our employees at all the sites. Our sincere thanks to you and your families. From an investment point of view, 2018 will be a quieter year, although the investments of recent years will be clearly reflected in a double-figure increase in sales and profits. “My retirement in spring 2018 will herald a generation change for the board that first began four years ago” according to CEO Josef Lampert, whose responsibilities will be assumed by Roland Comploj as CEO and Martin Frick as CFO.

Getzner Werkstoffe: growth in all three business areas
As a subsidiary of Getzner, Mutter & Cie., Getzner Werkstoffe also has its roots in textiles. With a turnover in excess of 95.2 million euros and growth of 18.4% in the business areas of rail, construction and industry, Getzner Werkstoffe can look back on 2017 as its most successful year since the company was established. Last year again saw the implementation of a number of high-profile reference projects: a luxury train from Kawasaki, new subway train sets in Sydney and vibration-absorbing carriage floor mountings made from fire-retardant polyurethane were introduced in the Indian cities of Kochi and Lucknow. In the city of Hamburg’s largest timber residence, currently a student residence, Sylodyn® strips from Getzner are reducing sound transmission to practically zero. Other notable projects included vibration protection for the Parisian cultural centre, La Seine Musicale, and a wind turbine on the Eiffel Tower. “Key innovations have enabled us to strengthen our technological leadership over the last year.  In the area of architectural acoustics, we introduced the new acoustic floor mat portfolio in 2017 to counter impact noise in buildings. In the “bedding of buildings” application field, we extended the HRB HS product range for the highest load types in the smallest spaces, and in the field of rail, we developed an elastic baseplate pad for railway lines for particularly low temperatures,” summarised Jürgen Rainalter, Chief Executive Officer of Getzner Werkstoffe. Getzner Werkstoffe also honed its strategy in 2017: “we are starting 2018 with a more competitive and more efficient organisational structure in which our skills are grouped together more tightly with a flatter overall hierarchy,” explained Jürgen Rainalter.

Joint activities to celebrate the bicentenary
“This year’s anniversary reminds us, the holding company and the two subsidiaries, of our common roots. That thought brings us closer together. The key theme in this year of our bicentenary is “curiosity” as the force that both drives and connects us,” explained Georg Comploj, Chief Executive Officer of holding company, Getzner, Mutter & Cie. For Getzner Werkstoffe and Getzner Textil, long-term experience is a key criterion that sets them apart from their competitors - and they are not making it easy for others to imitate. As well as the various joint activities throughout this anniversary year and in addition to cultural events, new company films and the historic anniversary brochure, in September 2018 there will also be a joint gala evening and a family celebration for Getzner Group employees. “In autumn, we will also be inviting anyone with an interest in Vorarlberg, especially school classes, to a very special three-part exhibition. In the fully refurbished ‘Stadtvilla 38’, Getzner's original headquarters, there will be an art exhibition staged by Heidi Comploj and Michael Mittermayer, a historical exhibition by Manfred Getzner and an exhibition featuring the achievements of Getzner Werkstoffe and Getzner Textil,” explains Georg Comploj. 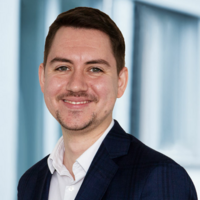 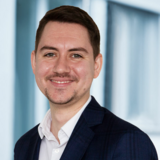