Vibration Protection for Gotthard Base Tunnel

Buers (AT), Erstfeld–Bodio (CH). Getzner has developed a special vibration protection measure to ensure passenger comfort and durability of the track in the world’s longest railway tunnel. Around 250 trains will soon travel along the 35 miles tunnel every day at speeds of up to 155 mph. The solution Getzner has designed for these types of loads will be showcased at InnoTrans, the leading rail transport trade fair, in Berlin this September.

Once it opens in June, 250 trains travelling at speeds of up to 155 mph (approximately ten trains per hour) will use the Gotthard Base Tunnel, which connects Swiss municipalities Erstfeld and Bodio. To guarantee high availability and a long service life for the railway superstructure despite the significant loads, Getzner Werkstoffe has been developing a special vibration protection measure over the last few years. After all, the demands for this project are particularly high: when the tunnel is in frequent use, ambient temperatures can reach up to 40°C and humidity can be as high as 70%. The high speeds of the trains also exert strong pressure and suction forces, which put the material under above-average stress. Elastic Sylodyn® bearings for the single block sleepers and high-speed turnouts have been installed in both tunnel tubes for the slab track and on sections of the approach routes. “The vibration protection measure reduces vibrations, and therefore wear of the superstructure components, minimising the maintenance required on the track. Passenger comfort is also significantly improved, as the highly elastic inserts ensure even deflection as the train passes over,” explains Juergen Rainalter, Chief Executive Officer of Getzner. Until the Gotthard Base Tunnel finally opens for goods and passenger transport around Christmas 2016, all the components will be subjected to real test loads in up to 5,000 planned trials.

At this year’s InnoTrans, the international trade fair for transport technology, which is being held from 20th to 23rd September in Berlin, Getzner will address the specific requirements of the high-speed turnouts and the vibration protection used for the Gotthard Base Tunnel project in its technical presentations.

Key data for the Gotthard Base Tunnel

You can download the press package right in the edge column

More Informationen on the Gotthard Base Tunnel 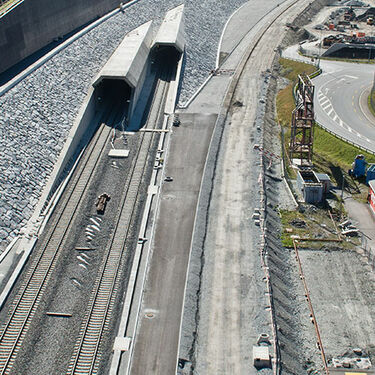 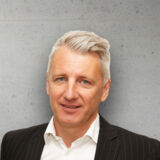 "Experience cannot be gained from watching. It requires active involvement – which is why Getzner is the best choice."